How to stop zoning in on the negatives 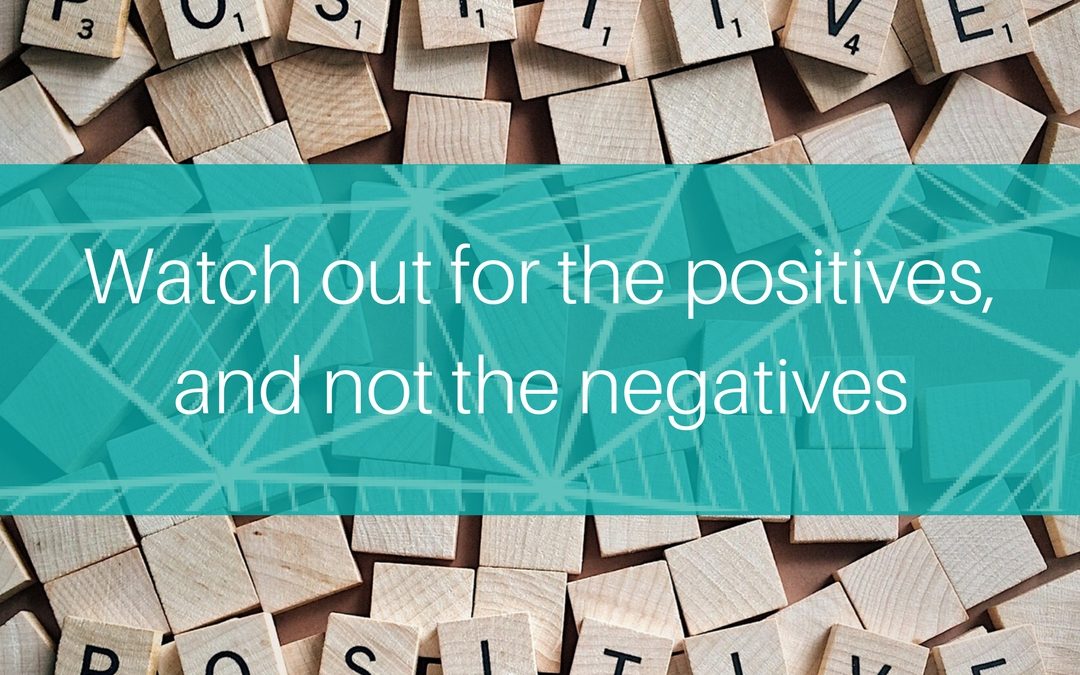 The other day I was reminded of something that happened about twelve years ago when my eldest daughter was about seven. Her class at school were raising money for charity and had decided to do a sponsored spell of a hundred words. No mean feat for a child of that age.

The day came and at the end of the school day my little girl ran out of the school gates excited to tell me that they’d had their spelling test and she’d got ninety-nine right. Fantastic…but you can guess what’s coming next…

I said “That’s amazing. Which one did you get wrong?”

Ninety-nine right and I zoomed straight in on the one she got wrong?! What was all that about?

Not my best parenting moment – but something that happens all the time at work. How often have you ignored the many things that go right and are done well to focus on that one mistake?

Yes there’s the argument that says that we want everything to be right, that there are standards to uphold – but it’s also a great motivator to celebrate success and see what’s going well.

So how do we make the switch?

1. Spend some time each day looking for the positives

For some reason we seem to be hardwired to look for that one blip, and that one mistake. Instead try to (as Ken Blanchard says) ‘catch someone doing something right’ and look for the positives. What’s going well and where someone’s really gone that extra mile.

Everyone loves to be told when they’re doing a great job. It’s a great motivator and re-enforces the behaviour that you want. So, don’t wait – instead praise as soon as you can after the event.

It’s easy to focus on the missed targets, and the drop in sales when briefing your teams. Hearing messages like this day in day out can soon lead to an attitude of ‘what’s the point?’ so communicate the great stuff too, and celebrate success.

Bonus Book Worm Tip: – Whale Done by Ken Blanchard is a great read if you want to learn more.

I’d love to hear your ideas and experiences of where you’ve motivated your team and switched from focusing on the negatives to focusing on the positives. Let me know by leaving a comment.