How to say no when you’re a people pleaser 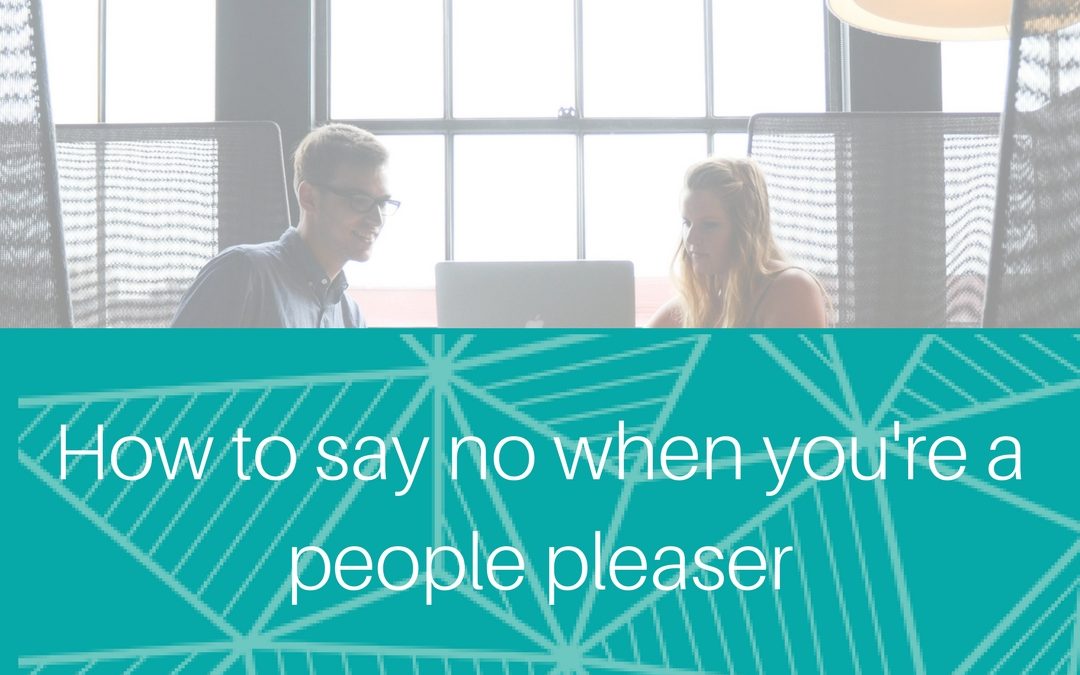 This week I’m answering the question:

‘Hi Barbara – Can you give me some tips on how to say no without feeling guilty. The problem is that I’m a people pleaser, and I feel like it’s engrained in me to help, but this leads to me taking too much on, and feeling overwhelmed.

This is such a great question as it’s a really common problem.

Saying no can be an extremely tricky thing to do especially when you’re hardwired to be helpful and be there for others. In fact, just the thought of saying no can bring out incredible feelings of guilt, like you’re letting someone down or you’re not being a good person.

But here’s the thing…saying no doesn’t make you a bad person. It makes you a person that’s clear on what they want, and a good custodian of their own time and energy.

So how do you feel comfortable saying no, whilst still striking that balance between feeling helpful but also not taking on absolutely everything.

Here are some tips to get you started:

1. Get really clear on what you want to achieve in the next 30 days

By being really clear on what your goals are for the next month, if something comes up that doesn’t fit with these, or stops you from achieving them it’s an easy no.

By doing this you can not only justify your decision to the person who’s asked, but also to yourself.

Saying the word ‘no’ can feel like a really hard thing to do – considering it’s such a small word it doesn’t always roll off the tongue. But the thing here is that it’s just a muscle like anything else and by practicing it, it will get better.

3. Think clearly about it

One of the reasons why saying no is so tricky is all the additional pressure you’ve put on that one small word. For example – saying no might mean:

But the thing is…in reality it doesn’t mean any of those things.

4. Chances are no-one will care

A while back I worked on saying no with a client of mine. After a while I got an email saying – ‘you know what Barbara? No one really cared!’

And there is the truth.

The only person feeling rubbish is you.

Think of when someone’s said no to helping you…were you that bothered? You probably just accepted that they were busy and went and asked someone else.

Chances are that the same thing is going to happen, and if they really need you to help then they’ll explain this to you and you can have a chat about it.

Either way, it won’t be as bad as you think.

5. Decide how you feel when you’ve taken on too much

I’d love to hear your thoughts on saying no – and what’s worked for you. Let me know in the comments.