5 tips to improve your public speaking 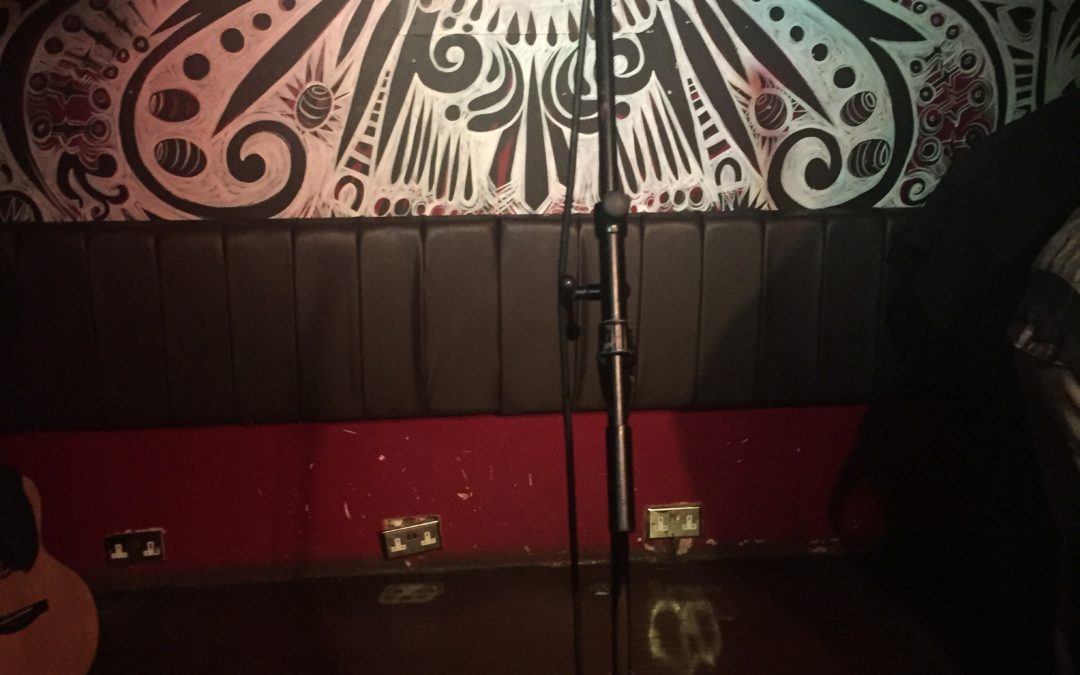 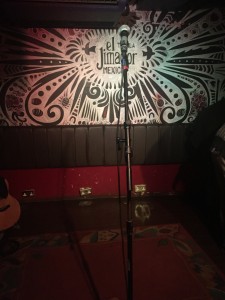 So, let me tell you why I did it. As you know my job is all about getting in front of people. I regularly work with groups of people, do live events, talks, and on-line workshops, but I’ve always had a hate-hate relationship with stage fright. Most of the time I don’t feel nervous at all when I’m working… I’m just doing my thing. But sometimes, when I’m working with large groups I find that my brain goes into over drive and I start to feel the fear.

Now, I know this might sounds completely bonkers, but my plan was to push myself so close to that fear in a ‘safe’ place just to see what would actually happen.

I say ‘safe’ because yes I was in front of a big group of people doing something I’d never done before…but there was nothing really at stake. I’d still go home to the same place, I’d still have the same job, and nothing would change in my life so it was as safe as it could be.

The second reason was that I wanted to learn how to weave comedy into my stuff….If you’ve worked with me you’ll know I like to tell stories and I love it when we have a laugh. Learning should be fun…so I wanted to explore this side of me a bit more.

And the final thing was – it was on my bucket list!

That said I did learn a few things that might help just in case you’ve also got a hate-hate relationship with speaking in public that might just help.

This is something that we all know but really is true… I find that when I get nervous my brain packs up and goes on holiday leaving me standing there completely alone. No-one needs that to happen…but when you’ve practiced and you know your stuff, you can immediately shift into auto pilot and just keep going. So, practice. Run it over and over in your head. Practice it for real with the equipment if you can, or just a hair brush as a mic if you can’t (yep…I did that!) and keep doing it. It’ll be worth all the effort – trust me!

This is a hard one to swallow. As I mentioned I have a hate-hate relationship with stage fright. I’m not immune by any stretch. When I did my gig here’s what actually happened…I woke up that morning and regressed to being a 5 year old and hid under the bed covers. I didn’t want to do it at all…but I knew that I would (which made it so much worse!) As the moment approached I got more and more terrified. I actually thought I was going to projectile vomit on the front row (too much information?) it was probably the most nervous I’d ever been in my life. Remember I might do public speaking, but this for me was very, very different. Then when the time came the nerves were there but I switched to auto-pilot (remember I’d practiced!) and I did my thing…probably better than what I’d done in my practice and best of all people laughed and had a great time which just made me all the more confident.

I know stage fright feels awful. But it’s just your fight or flight response kicking in which is perfectly natural. Your brain is telling you you’re not safe, and that you’re in danger , so it’s getting you ready. So keep breathing and say to yourself…”I’m safe. I’m safe.” Because you really are.

The best tip here is to know and accept that you’re going to get nervous, and that even though feeling nervous feels rubbish have a go at not fighting it, instead accept that it’s there and keep going anyway.

3. Speak to your audience

Your audience are just people. Ordinary, everyday people. They all go home and do normal stuff. If you met them at the bus stop you’d chat to them like you would anyone else. So just talk to them. Make eye contact. Smile. Be yourself. People love authenticity so be natural and say what you came to say.

A bit of a weird one but true for me…here’s what I mean. When I’m working I wear work clothes (suits for me) it makes me feel the part and tells my brain what ‘hat’ I should be wearing. When I did my stand up gig I went casual…what I’d wear around the house…again my brain knew what ‘hat’ I should be wearing and it was easier for me to get to work.

Give it a try…might work for you too.

5. It’s not about you – you’re just the messenger

Another tip to keep your ego in check! It’s really not about you at all. Anyone could be delivering your message…today it just happens to be you. I don’t know about you, but I find this liberating. Unless you’re super famous the audience really doesn’t care who’s doing the talking, they just care about the message. So focus on that. Deliver your message in the best way you can and that’s it!

And here’s my final tip and probably the most important of all.

Whether you’re doing a presentation, training people, delivering a speech at your best friend’s wedding or doing your first stand up gig enjoy every last second. Focus on having fun, and the audience will love you for it. 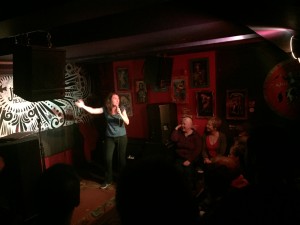 (I did my first gig after attending the laugh@leeds 6 weeks comedy course with Silky.  For more info you can find his details right here.)