What does being a leader have to do with riding a bike? 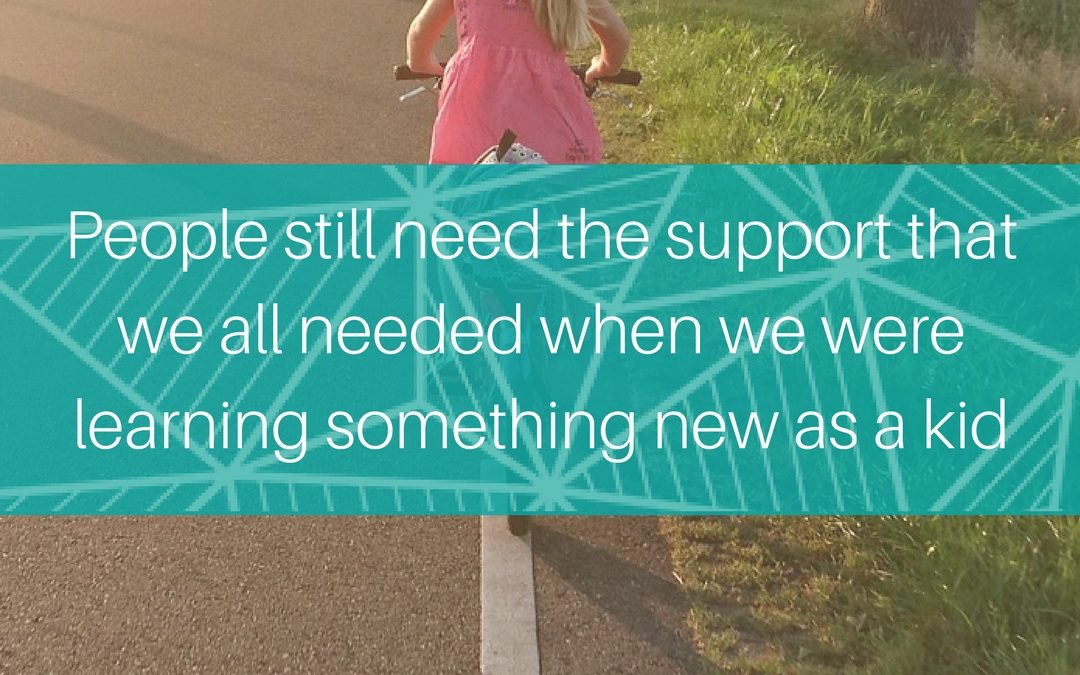 Step 1 – you go to the shop and get the bike (in my daughters case she didn’t care if it had 2 wheels or not, as long as it had rainbow tassels and a seat for her doll!)

Step 2 – You go somewhere like the park and spend at least 10 minutes looking at the bike and trying to get on without the bike falling over.

Step 3 – You now run up and down, for AGES holding the bike seat while they try to find their balance wondering how you ever got this far in life never having to run miles crouched over!

Step 4 – You let go of the seat (more as a way to stretch your aching back then because it was the right time) this results in them falling over and shouting at you for letting go!!

(Hidden Step 5 ½ – you think about giving up, but realise that they’ve got to learn to ride a bike there’s a law about it somewhere!)

Step 6 –You let go once again, and this time they’re off…Hurray

(Hidden Step 7 – they fall off and you spend some time giving them the confidence to get back on!)

Now, I know what you’re thinking…what on Earth has this got to do with being a leader?

Well, the other day I was having a lovely cuppa with a chap I know who happens to work in cycling – and we were chatting about what it’s like learning something new at work and how it’s easy to forget that people still need the support that we all needed when we were learning something new as a kid, but instead expect them to just hit the ground running.

It’s not uncommon at work to be shown how to do something and then be left to get on with it – but unfortunately even though we’re all grown up, our brains still need time to learn. This involves, understanding something, exploring it, practicing it, having support, getting feedback (this means praise too) until it becomes business as usual and a habit.

It’s really no different to riding a bike, having someone holding onto the seat (no matter how crippling it is) shouting well done, and of course being there to support you should you fall off and make a mistake.

A common thing that I hear all the time is…”It’s just quicker to do it myself” Or “I know how this should be done, they can just do it my way” Or “Why is it taking them so long to pick this up? It’s not that hard!” Or “I’ve shown them once, they should know how to do it by now!”

Yes, developing people slows you right down. Yes, it does take your time away from doing other things, and yes it can be incredibly frustrating at times. Often it feels so much easier and quicker to do it yourself, and so tempting to just show them once and let them get on with it – however, we’re all different, and what takes one person a moment to pick up, might take another a bit of time. It doesn’t mean that they’re not going to be great at it given a bit more support, and by taking a deep breath and going through the pain barrier you’re not only developing and growing someone, but also building confidence, which is great for the team as a whole.

So, my challenge for you this week is to have a think where you really need to develop your team and build in the time to support them and develop them at their own pace – and let me know how you get on.